Have your say now on major rail line plans

Home > Have your say now on major rail line plans

Have your say now on major rail line plans

From Monday, November 16th, residents and other interested parties will be able to look at detailed plans for the Northumberland Line – which will connect Ashington to central Newcastle with a number of stops in between.
The consultation will be available from November 16th by going to nland.uk/line and will close on December 14th.
With a proposed opening date for passenger services in winter 2023, thousands of residents a day could be transported between Ashington and Newcastle in just over half an hour, while the scheme could boost the local economy by up to £470m.
The ambitious scheme includes new stations at Ashington, Bedlington, Blyth Bebside, Newsham, Seaton Delaval and Northumberland Park in North Tyneside, as well as upgrades to the track and changes to level crossings where bridges or underpasses may need to be built.
Transport Secretary Grant Shapps said: “It is fantastic to see further progress on this important project, which will transform journeys up the Northumberland coastline and help level up the economy of the North. When I visited Blyth earlier this year I saw for myself the huge potential this line has for restoring connections to communities who have lost out, undoing over half a century of damage following the Beeching Cuts.

“Through our Restoring your Railway fund we will reopen lost railway lines and stations, revitalising communities, kickstarting business and new housing schemes, and opening opportunities for work and education.”

Councillor Richard Wearmouth, Cabinet Member responsible for economic development, said: “There’s ever more confidence our long-term aspirations for this project are going to become reality – bringing social and economic benefits to residents, commuters, visitors and businesses both in Northumberland and the wider region.
“This consultation is a critical stage of the process. We really want everyone to be part of this journey and would appreciate feedback- either on specific elements or the scheme as a whole.”

Hard copies of the consultation documents can be requested via email at rail@northumberland.gov.uk or by calling 0345 600 6400.

The survey is live HERE from 16 November – 14 December

Our town centre office is located at 76 Front Street. The office will be open to the public between 11:00 am and noon Monday to Friday. 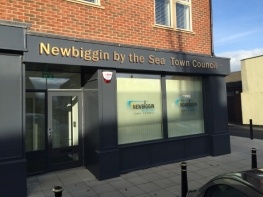